Visitors of the Alutsista Exhibition Fighting for TNI Combat Weapons

Malang, KSK Indonesia - Lapangan Sapta Marga Madivif 2 Field Kostrad, Singosari, Malang, the more the merrier. Because hundreds of visitors ranging from children to adults filled the exhibition area of ??the Main Armaments System (Alutsista) which was held for four days in commemoration of the 59th anniversary of the Army Strategic Command (Kostrad). 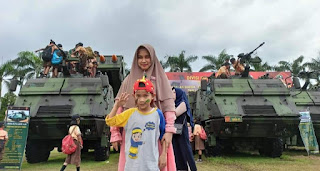 Pratu Setiawan explained, that some details of the weapons on display.

"We also showcase the latest type of weapon with the type of AX Bolt Rifle, this weapon weighs 6.5 kg, length 660 mm which has a bullet speed of 850 m / s and a distance of 800 mater. In addition there are SMR weapons with a weight of 10.51 kg, Stayer, AW 50. Besides the variety of umbrellas for parachutists and others, "said the man who served at Infantry Battalion 502 Ujwala Yudha Kostrad to KSK Indonesia. 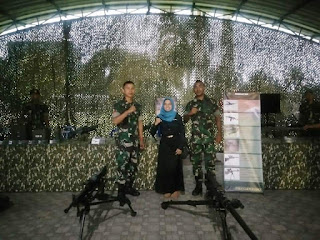 Meanwhile, Hana, one of the visitors who at the same time KSK Lovers claimed to deliberately come together with her aunt to see the TNI defense equipment exhibition.

"This exhibition is a rare moment, I am very happy to be able to see this exhibition and try one by one in combat vehicles and weapons on display," concluded the English subject teacher, Saturday, March 7, 2020, afternoon. 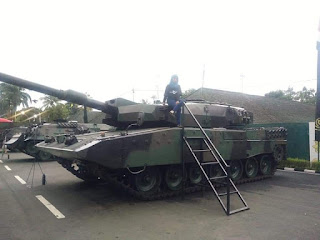 In addition, the range of weapons including AX Bolt Rifle, SMR, Stayer and others. (Ana)